“… the stuff of which coffins are made”

Over the past twenty years, at Scientology events as well as in special closed-door briefings to select staff and public, COB has announced a number of different Whys for the lack of high-volume training of auditors.

Below, we examine the three best-known of these Whys:

In 1996, with training statistics already faltering worldwide, COB released his first major solution to the problem — the Golden Age of Tech.

It was here that he announced his now-famous Why:

"The blind have been leading the blind.”

Eight years later, in 2004, with training stats significantly lower than they had been prior to the implementation of the Golden Age of Tech, he released his second solution — the Golden Age of Knowledge Phase I.

Here he announced a new Why:

"No Grade Chart to guide you through the materials.”


Explaining how Scientologists had never before known what materials to study or in what sequence, COB proclaimed that we had all been “in the Matrix". “This was", he concluded, “the Why that was right in front of your eyes but you just couldn’t see it.”

Three years later, with training stats at their lowest point ever, COB released the Golden Age of Knowledge Phase II, or The Basics.

Here he announced his most recent Why:

"No Scientologist has ever understood Scientology Basics because the transcriptionists had M/U's.”

Each of these Whys denigrate earlier training as somehow misguided or incomplete, even though the tens of thousands of public who trained during this time period did so on LRH-written (or LRH-approved) checksheets — often with LRH directly on the line.

To this day, COB continues to characterize auditors trained prior to 1996 as blind, lost, and deficient in their understanding of Scientology.


"Excellent auditor training is now in the reach of every Academy." 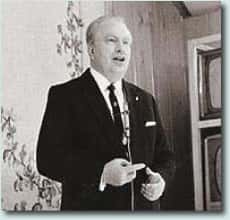 "With what we know now, there is no student we enroll who cannot be properly trained."


"It takes me about 3 or 4 weeks to get an auditor through his course and doing a good flubless job."


"The extremely high caliber of auditor we are turning out is causing gasps of amazement whenever these fine graduates return into an area."


"…The vast majority of auditors have a high professional conscience and are willing to study, drill and do everything possible to perfect their tech." 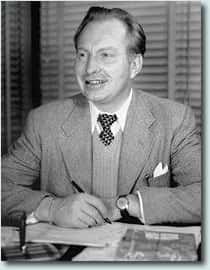 "Auditors do by and large a pretty fine job."


"We are and always have been in the business of training auditors. We can now do so more swiftly and efficiently than ever."

As seen above, auditor training stats have sunk lower and lower with the pronouncement of each new “Golden Age.” This is so much the case that an informal survey of nearly every Class V Org around the country from late 2008 to early 2009 revealed that the vast majority of these orgs fail to produce a single major auditor course completion in any given month.

Per LRH, such a statistical crash proves beyond question that each self-proclaimed Golden Age is based on a wrong Why:

"WHY = that basic outness found which will lead to a recovery of stats.

WRONG WHY = the incorrectly identified outness which when applied does not lead to recovery.

…The real Why found and corrected leads straight back to improved stats.

A wrong Why, corrected, will further depress stats."


"One of the first things that will tell you you operated on a wrong Why is that the stats went down — because it departed further from the ideal scene."

… ‘Acting on a wrong Why’ is the stuff of which coffins are made.

…Wrong Whys work people half to death handling a program which will lay ostrich eggs and rotten ones at that."


Per LRH, every wrong Why is an arbitrary. As a result of operating off of it, one must then introduce new arbitraries and new out-tech in an effort to solve the problems created by the original wrong Why:

"An arbitrary is probably just a wrong Why held in by law. And if so held in, it will crash the place."

Scientology 0-8, The Book of Basics
Chapter 5, The Logics and Dianetic Axioms
(Logic # 15)


"Each time an arbitrary is introduced it has the effect of reducing the rationale and tone of the group as a whole and will lead to the necessity to introduce two or three more arbitraries".


"A study reveals that orgs fade and stumble simply and only because vital actions are dropped out or harmful arbitraries are introduced."